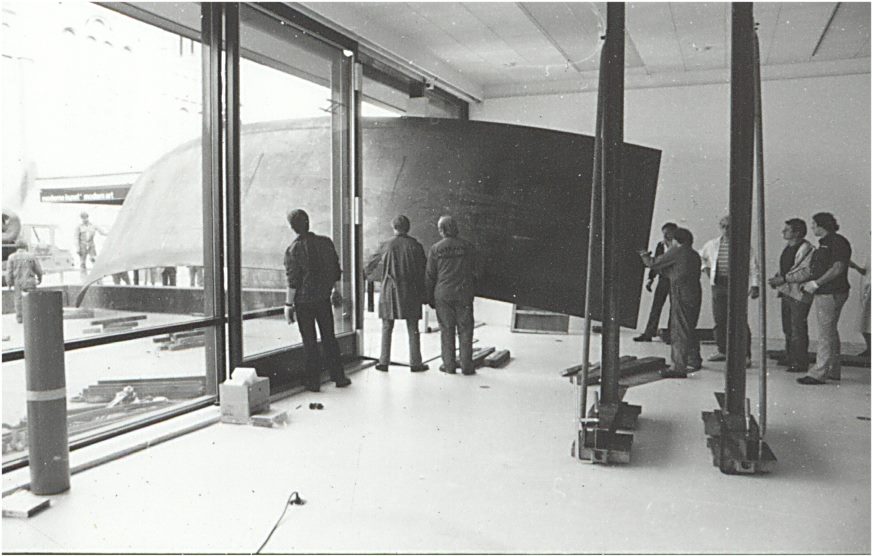 The Belgian architectural firm Robbrecht & Daem, which in 2003 was allowed to realize the extension of the glass wing of the Rotterdam museum Boijmans Van Beuningen, is now suing the museum to prevent the demolition of the wing. In the renovation plans of the museum there would be no place left for Robbrecht & Daem’s creation (which cost over 17 million euro’s at the time). Boijmans wants to restore the original design of the museum by the architects Van der Steur (1935) and Bodon (1972).

On the basis of Article 25 of the Dutch Copyright Act, an architect has the right, even after his work has been transferred, to take action against a change or impairment of his work, his so-called ‘moral right’. In doing so, it will be examined whether there is damage to the artist’s reputation. The reputation of the work and the artist can play a role in that assessment. Even as the observability of the impairment. According to Robbrecht, no work by his architectural firm has ever been demolished. Furthermore, this work is of major importance to the oeuvre of the architectural firm.

During the creation of the wing, consultation took place with the famous American artist Richard Serra. The wing would have been adapted to a sculpture by Serra, which is placed in the wing. If the wing will be destroyed, it will likely mean relocation of Serra’s work, which could also mean a demolition of Serra’s artwork. For example, in 2019 the court ruled that a site-specific work by Dutch artist RAAAF could not be separated from the space in which it was located. Nevertheless, in that case the reinstatement could not be stopped. However, a claim by Serra does not seem to be excluded. The required due care towards Serra’s work is also evident from a recent intention to clean “Sight Point”, which graces the entrance to the Stedelijk Museum. Earlier, he opposed the relocation of a work in Manhattan.

Robbrecht argues that in 2003 a design was chosen that took into account the work of his predecessors. The fact that the new design by Mecanoo architects leaves no room for the preservation of his creation offends him. He believes that young heritage also deserves protection. In addition, the proposed demolition goes against the current spirit of the age. Architecture is increasingly focused on ‘sustainability, reuse and stratification’, according to Robbrecht in NRC Newspaper. This is also in line with the upcoming evaluation of the Dutch Heritage Act. In an interim report, the Netherlands Commission for Cultural Heritage recently stated that it is striving for a more dynamic list of protected works, which should also include more room for modern and contemporary art.

Despite the arguments of the architectural firm, it remains to be seen whether it can successfully invoke its moral rights. Already in 2004 the Dutch Supreme Court ruled that the total destruction of a work cannot be seen as an infringement of moral rights. However, a claim on the basis of abuse of right or tort against the creator might be successful. Architect Fons Verheijen, for example, successfully opposed the renovation plans of the Naturalis museum. In the judge’s opinion, Naturalis had adopted a careless attitude towards the architect. Naturalis appealed, and the case was eventually settled with Verheijen.

According to Robbrecht, it was clear to the museum, from the beginning of the renovation plans, that the wing would have to be demolished, without considering whether the wing “could be spared or reused.” It seems that the museum will have to enter into talks with the architect.